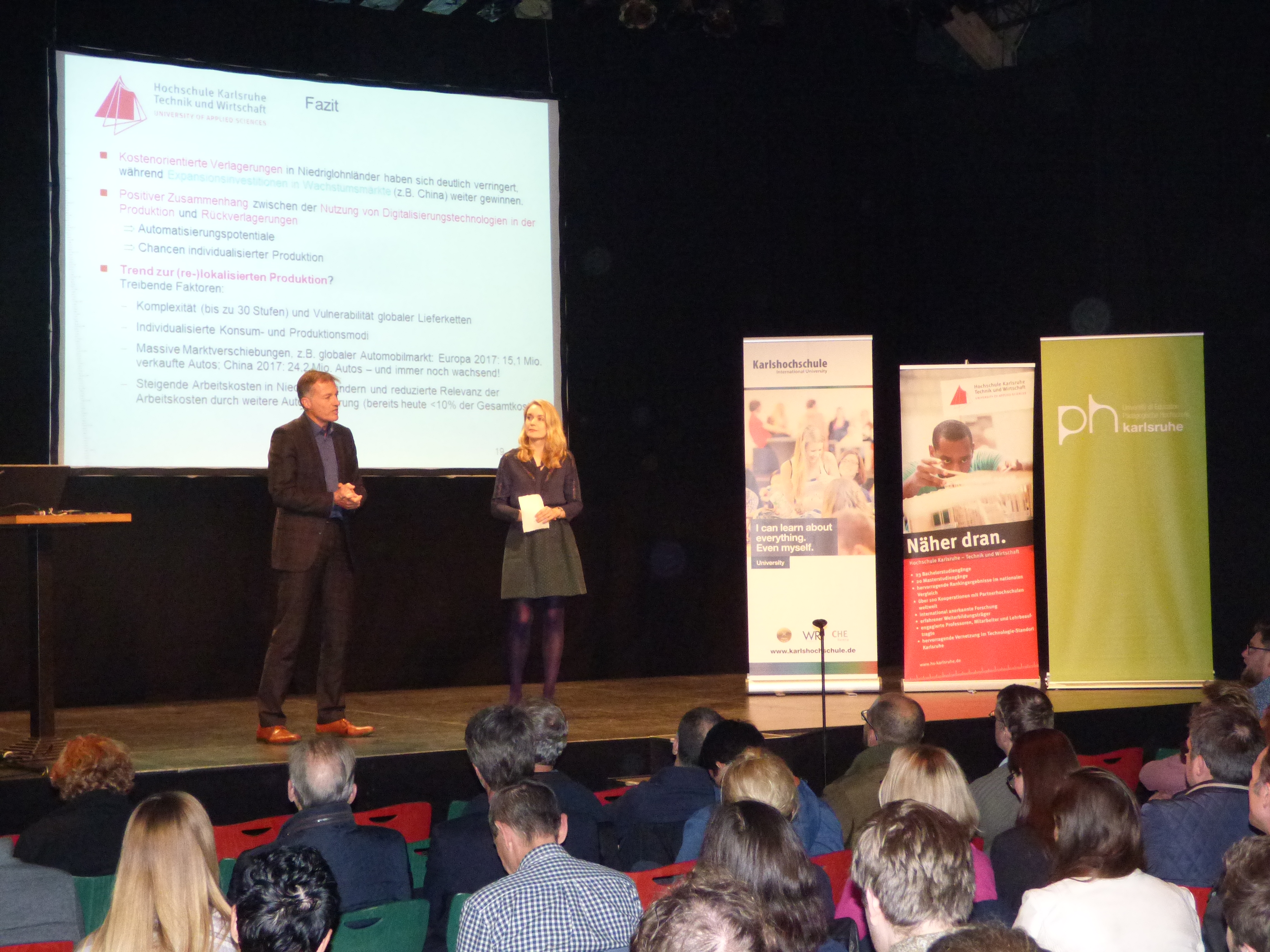 Which knowledge and which competences are to be acquired when work around people is digitized and automated? What types and forms of work will we experience in the future, especially here in Germany? Will jobs that were thought to have been lost as a result of digitalization technologies come back? These are some of the questions with which Prof. Dr. Steffen Kinkel, economist Dirk Wagner from the Karlshochschule International University and theologian Alexander Weihs from the Pädagogische Hochschule dealt at the beginning of November at the Science Tuesday of the event series EFFEKTE.

In this context, Steffen Kinkel spoke about the relocation of production processes back to Germany. “Production no longer takes place only where it is cheapest, but where the customers are located”, predicted the professor of the Faculty of Computer Science and Business Informatics. In his estimation, digitalization will create even more jobs in Germany in the future.

According to Kinkel’s study “Does digitalization bring production back to Germany?”, quality problems in the manufacturing of complex components abroad are among the reasons for relocating back. Hardly anyone wants to take the time needed for the workers from other cultural backgrounds to have been trained sufficiently, says Kinkel.

In order to further reduce production costs in Germany and raise quality standards concurrently, Kinkel believes that digitalization in production must continue to be driven forward. In addition to the fact that industry 4.0 has not yet reached almost half of the German companies, there is concern that digitalization will take away people’s work in production halls in the distant future. Kinkel, however, does not see this as a threat, as currently, the main problem in production is the shortage of skilled workers. In order to master the future challenges of industry 4.0 as an interface between mechanical engineering and information technology, today’s students need to be taught much more interdisciplinary.